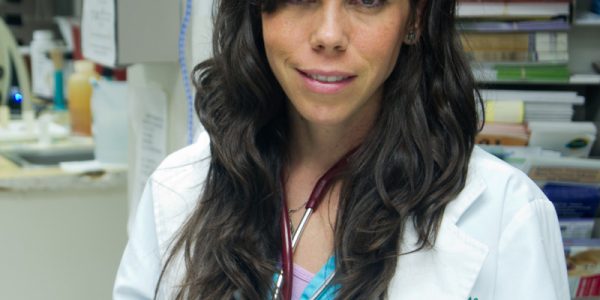 Dr. Ana Sofia Pearse was born in Toluca, Mexico to a British father and a Mexican mother. After completing her high school education at Greengates, a British International School in Mexico City with students from over forty different nations, she attended Texas Lutheran University where she received her Bachelor of Science in Molecular Biology in 2004. She then went on to do her postgraduate studies at St Georges University, Grenada. In 2009 she graduated from St. Georges as a Doctor of Veterinary Medicine (DVM), after having finished her clinical year at the University of Florida college of Veterinary Medicine in Gainsville, Florida.

Before joining us she participated in a mass spay and neuter campaign in Mexico City under the auspices of the Mexican Government. Also in Mexico, Dr. Pearse had experience in attending racehorses at the Mexico City hippodrome, and dairy cows in the state of Hidalgo, apart from practicing general veterinary medicine at a practice in her home neighborhood in Mexico City. Dr Pearse’s professional interests are internal medicine and small animal surgery.

Dr. Pearse has dual nationality (British and Mexican) and is fluent in both English and Spanish, with a good understanding of both the Hispanic and Anglo-Saxon cultures, as she has family in both Mexico and the United Kingdom.

Dr. Pearse currently lives in Kennesaw Georgia, and during her free time she enjoys the company of her pets Sophie and Camilo (an adorable Chihuhua and a rather distinguished looking feline respectively), as well as traveling, painting, and a range of outdoor activities. She also has a strong interest in history, and enjoys watching the occasional Mexican or UK soccer game having played soccer for her university team.